The daily Bitcoin chart below shows how that the death cross is inevitable at this point and should happen by mid-June. 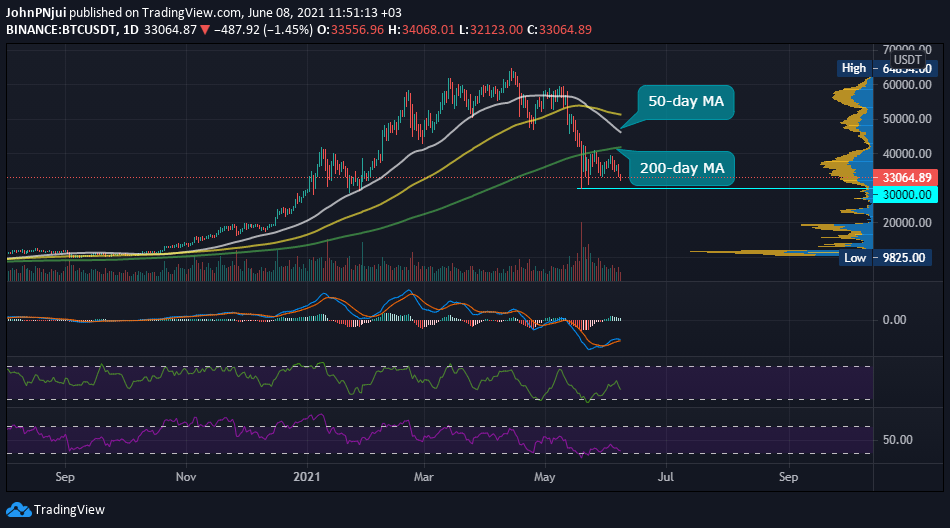 May Was a Brutal Month for Bitcoin

The probability of the death cross occurring was accelerated by the following four events in the month of May.

$30k is The Bitcoin Level to Watch

Also from the chart above, it can be observed that Bitcoin is trading at the $33k price area with $30k acting as solid support on a macro level. However, Bitcoin continually testing this level increases the chances of it breaking resulting in BTC falling to the next logical support area located between $27k and $28k.

The weakness being exhibited by Bitcoin had been explored by the team at Bloomberg in this month’s Crypto Market Report. According to their analysis, the team concluded that ‘Bitcoin is more likely to resume appreciating toward $100,000 resistance rather than sustaining below $20,000.’

They also added that $30k seemed to be a good base for Bitcoin and $40k was the resistance to break moving forward. Furthermore, the month of June was probably the beginning of ‘a bull market at a discount’.